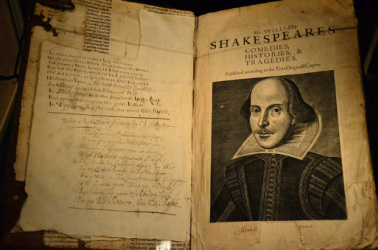 William Shakespeare was born in Stratford-upon-Avon in Warwickshire to john and mary arden shakespeare. william was the forth of the shakespeares eight children. william was baptised a few days later on 26 April 1564. His father, John , was a glove maker and wool merchant and his mother, Mary Arden, was the daughter of a well-to-do landowner from Wilmcote, South Warwickshire. It is likely Shakespeare was educated at the local King Edward VI (6th) Grammar School in Stratford.

william  married at the age of 18 to Anne Hathaway, the daughter of a local farmer, on November 28, 1582. Anne was eight years older than him soon they started a family together.Their first child, Susanna, was born six months after their wedding. Two years later, (1585), the couple had twins, Hamnet and Judith, but their son Hamnet died when he was 11 years old.

(A gap in the records leads some scholars to refer to Shakespeare’s life between 1585 and 1592 as 'the lost years'. By the time he reappears again, mentioned in a London pamphlet, Shakespeare has made his way to London without his family and was already working in the theatre).

Shakespeare was very productive, with records of his first plays beginning to appear in 1594, from which time he produced around two plays a year until around 1611. His hard work quickly paid off, with signs that he was beginning to become very successful emerging soon after the publication of his first plays. By 1596 Shakespeare’s father, John had been granted a COAT OF ARMS and it’s probable that Shakespeare had authorized them, paying the fees himself. A year later he bought New Place, a large house in Stratford.

williams earlier plays were mainly histories and comedies such as 'Henry VI',(6th) 'Titus Andronicus', 'A Midsummer Night's Dream', 'The Merchant of Venice' and 'Richard II'(2nd). The tragedy, 'Romeo and Juliet', was also published in this period. By the last years of Elizabeth I's reign Shakespeare was well established as a famous poet and playwrighter and was called upon to perform several of his plays before the Queen at court. In 1598 the author Francis Meres described Shakespeare as England’s greatest writer in comedy and tragedy.

In 1602 Shakespeare's continuing success made him to move to upmarket Silver Street, near where the Barbican is now situated, and he was living here when he wrote some of his greatest tragedies such as 'Hamlet', 'Othello', 'King Lear' and 'Macbeth'. 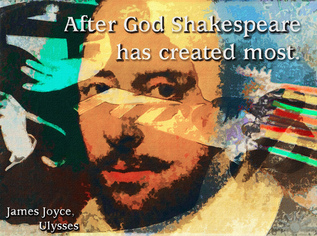 Plays had exciting special effects. There were ghosts, witches, loud bangs, flames and smoke, drums, and even cannons.
In 1613, during Shakespeare's play Henry VIII,(8th), a cannon set fire to the straw in the roof.sadly The famous Globe theatre had been burned down.

Having gained recognition as an actor and playwright Shakespeare had clearly "ruffled a few feathers along the way" – contemporary critic, Robert Green, described him in the 1592 pamphlet as an, "upstart Crow".

As well as belonging to its group of actors and playwrights, Shakespeare was one of the managing partners of the Lord Chamberlain's Company (renamed the King's Company when James succeeded to the throne), his actors included the famous Richard Burbage. The company acquired interests in two theatres in the Southward area of London near the banks of the Thames - (the Globe and the Black-friars).

In 1593 and 1594, Shakespeare’s first poems, 'Venus and Adonis' and 'The Rape of Lucrece', were published and he dedicated them to his patron, Henry Wriothesley, the Earl of Southampton. It is thought Shakespeare also wrote most of his sonnets at this time. 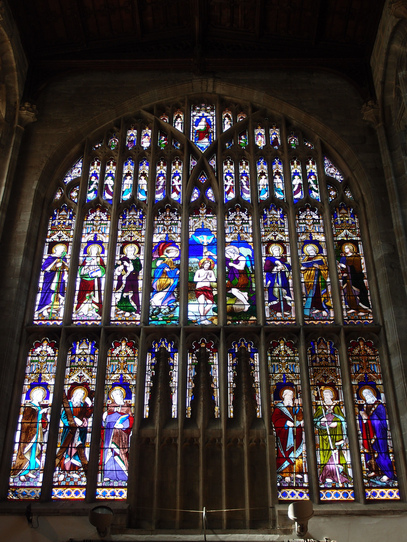 Shakespeare spent the last five years of his life in New Place in Stratford. He died on 23 April 1616 at the age of 52 and was buried in Holy Trinity Church in Stratford. He left his property to the male heirs of his eldest daughter, Susanna. He also bequeathed his 'second-best bed' to his wife. It is not known what significance this gesture had, although the couple had lived primarily apart for 20 years of their marriage.

The first collected edition of his works was published in 1623 and is known as 'the First Folio'.

During his life, Shakespeare wrote 37 plays and 154 sonnets! This means an average of 2 plays a year since he first started writing in 1589. His last play The Two Noble Kinsmen is reckoned to have been written in 1613 when he was 49 years old. While he was writing the plays at such a pace he was also conducting a family life, a social life and a full business life, running an acting company and a theatre.

The first collected edition of his works was published in 1623 and is known as 'the First Folio'.

some of Shakespeare's nicknames were
Bard of Avon, Swan of Avon, The Bard

William Shakespeare wasn't actually known to have a middle name.

Williams family background was German and welsh.
When did Shakespeare live?
William Shakespeare was born in 1564. He grew up in Tudor England in the time of Queen Elizabeth I.

He lived in exciting times. Francis Drake sailed around the world (1577-1580). Shakespeare was probably in London when the Spanish Armada sailed to attack England in 1588. He saw the coronation of King James I in 1603. 1605 was the year of the Gunpowder Plot and Guy Fawkes. Shakespeare died in 1616.

This is a model of the globe theatre where Shakespeare performed his plays for the public. 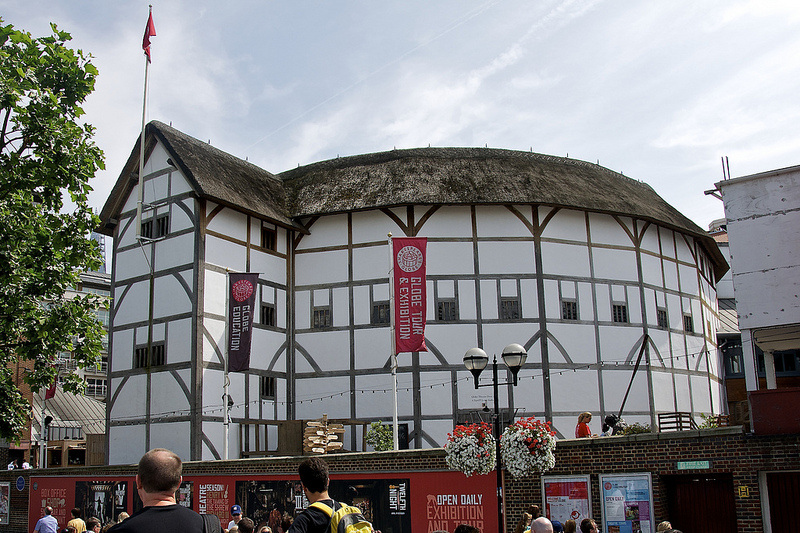 How will Shakespeare be remembered?

Shakespeare will be remembered because his plays have influenced so man people over the years; because of all his plays is based on true life problems and situations that happen in everyday scenarios.
Bibliography